This benchmark report also shows that both devices have been supported by the optimization of hardware and software that is almost complete. Benchmark results also reveal that devices with the Xiaomi Cepheus and Skywalker Blackshark codenames get lower scores compared to the Sony Xperia XZ4 prototype tested last week, on a single core test of almost 3500.

Although Blackshark Skywalker will follow in the footsteps of a device focused on gaming, namely Black Shark and Black Shark Helo.

While the device with the Cepheus code is estimated to be designed as an edition with a 5G network connectivity from Mi Mix 3 or Xiaomi Mi 9. 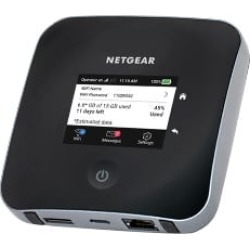 Mobile|September 11, 2019
Portable WiFi That Goes Where You Go Stay in touch with a mobile hotspot – a portable device that lets you connect multiple WiFi devices like your smartphone, tablet,

Mobile|September 10, 2019
If you are looking for Mobile Phone Jammer Device then you’ve come to the right place. Spotechno.Com indexing product data from popular

Featured, Gadget, Mobile|September 6, 2019
Even though we’re well aware that LG is developing a few exciting concepts for foldable phones, the company is yet to embrace